With a career spanning over 60 years as an illustrator and portraitist, I look forward to doing more of the same from my home in Dawsonville, Georgia.  This is where I’ve lived for the past 15 years with my lovely wife Shelley.  That’s Shelley pictured above with her dog Winnie at Stone Mountain Park, Georgia.  The piece was painted in oil pastel on a fine quality, heavy-weight printing stock.

At age 16 my professional path began.  Hired by a small studio in Wilmington, Delaware, I apprenticed summer vacations during high school and college.  It was there I was mentored in all areas of commercial art and illustration.  Taking the professionals’ good advice, I headed to New York City in 1961.  Employment came at a large art studio where I was hired as an art director and illustrator.  I later moved on to partner a studio serving clients such as American Airlines, Mechanix Illustrated and Avon, along with many cosmetic companies and ad agencies.

My Atlanta chapter began in 1978.  It was then I decided I could thrive better in a more relaxed, friendly environment – especially one with an abundance of greenery!  For 5 years I worked at Color Graphics where I established a creative art department.  I then went on to do more independent work – in portraiture using all media.  This, while at the same time, freelancing for a dozen ad agencies.

More recently, two projects of note were completed.  One featured 10 large format, acrylic football paintings for a well-known sports memorabilia collector.  The second was comprised of 16 large acrylic paintings for a world-wide marketer of shipping containers.  A “fantasy” theme was chosen, showing how containers were used throughout history.  Details of both projects can be found on my website at www.rudrowartist.com. 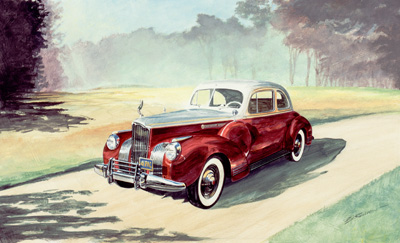 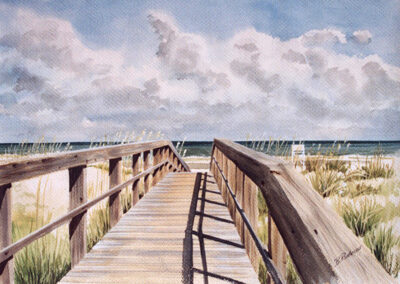 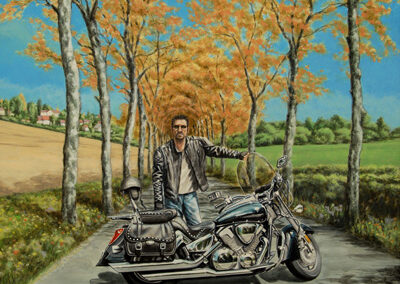