This year, the Bowen Center for the Arts sponsored and hosted “STILL,” a Juried Photography Exhibition. It featured 56 photographers and 167 photographic works produced by photographers from all over the state of Georgia. They entered one of the two categories which were Landscapes/ Seascapes and People/Animals.

These works were profound studies that show care and thought. They are so reflective of the person’s style and inner thoughts. The Bowen would like to thank all these photographers for bringing such care to our Art Center. And of course, we like to reward those efforts…  Prize Awards in each category were First Place $500, Second Place $250 plus Third Place and several Honorable Mention Awards.

This year’s Judge was David Akoubian of Jasper, Georgia, who said he was truly impressed with the talent and excited about how the digital world has changed photography. Below are his comments on prizes he awarded. 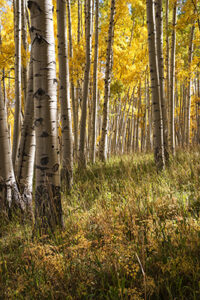 In the Landscape/Seascape category, the winners were:  First Place: Fall Aspens by John Deas of Good Hope, GA – An overall peaceful feeling. The stillness of an aspen grove. I could almost hear and fee the fall and stillness.  Second Place: Tucked In by Kathleen Gill of Jasper. The lighting and composition are perfect. The image as a quiet and still feeling.  Third Place: Feather Reflected by Susanne Swing Thompson of Atlanta. Simplicity at its best. The stillness of a feather floating, no distractions.  Honorable Mentions were given to:  Foggy Morning by Tom Reed of Dawsonville,  No End in Sight by John Seibel of Dawsonville, Tuscany at Dusk by Myrtie Cope of Marietta, Biloxi Beach Fog by new exhibitor, Bryan Garris of Dahlonega and Contemplation by Gail Mitchell of Atlanta. 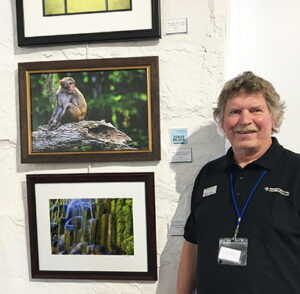 In the People/Animals category, the winners were:   First Place:  Monkey and the Snake by Mike Ramy of Atlanta. A story within a story, the stillness of both animals in a delicate battle. One interruption on either part may mean success/failure.  Second Place:   Best Dressed Man also by Mike Ramy. The image captures the peaceful relaxation of the Anhinga drying its wings.  Third Place:  A Dog’s Life by Bill Martin of Jasper. The image shows the viewer almost a lesson on sitting still and enjoying a moment.  Honorable Mentions were given to: Sleeping Like a Baby by Janice Edens of Jasper, Warming Dog by Kelley Thames of Dunwoody, The Spinner’s Hands at Rest by Marla Puziss of Hapeville and Paperkite by Mike Ramy of Atlanta 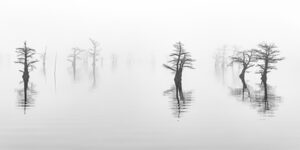 This exhibit attracted 56 photographers who entered almost 190 works! Of those, 168 pieces were accepted for final judging. This show features an online announcement of the winners as well as through the Bowen eBlast & FaceBook. You can safely view this wonderful and huge display at The Bowen Center for the Arts with it’s wide open space and tremendous lighting. Photographers who entered range from 21 cities and include the following:

The Bowen Center for the Arts is a beautifully restored 1930’s historical building located just North of Dawsonville’s Historic Square at 334 Highway 9 North. Admission is free. Hours are Tuesday to Friday 10AM to 4PM, Saturday Noon to 4PM. Images shown are John Deas’ winner, Mike Ramy next to his winner and John Seibel’s Honorable Mention. We hope you were able to see this show in person!